European Outdoor Conservation Association (EOCA) funded ELF's project "Feel good at talgud: practical nature conservation in Estonia" from June 1 to Nov 30, 2022. The funding was used to carry out 10 nature volunteering camps in 6 locations across Estonia. What kind of work did the volunteers do and what was the outcome? 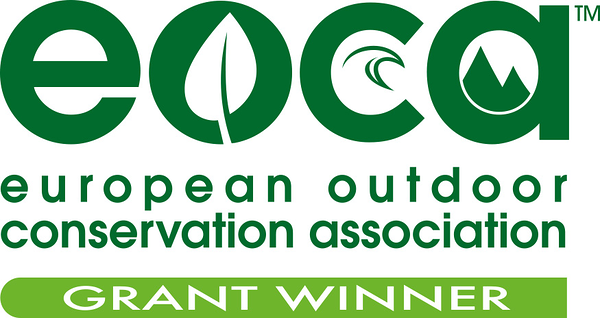 Building sheep-pens on the island of Osmussaar

A wooded pasture of 6,91 ha was surrounded by 1,13 km of sheep-pens in order to restart grazing in an area neglected for decades and to restore the habitat of wild orchids and other plant species. A total of 14 species of wild orchids have been found on Osmussaar. The original inhabitants of the island, Swedish fishermen, fled to Sweden during World War II and the island was turned into a closed military region during the Soviet era. For the last two decades, the former semi-natural habitats (mainly alvars) of the island have been partially restored and are grazed by bovine and sheep. 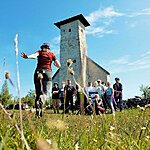 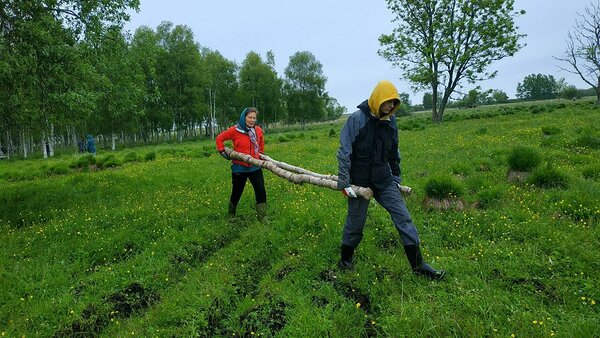 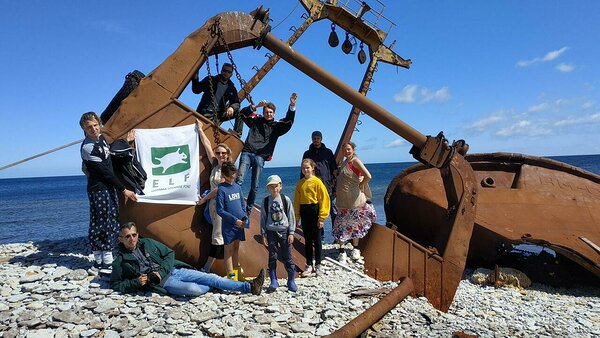 Restoring the crowberry moor on the island of Rammu

The island of Rammu comprises crowberry moors and this kind of ecosystem can only be found on a handful of small islands in North Estonia. The crowberry (Empetrum nigrum subsp. nigrum) itself is a common species in Estonia, but it usually grows as patches in raised bogs. Furthermore, a crowberry subspecies (Empetrum nigrum subsp. hermaphroditum), which is listed as near threatened in Estonia, crows side-by-side with the more common subspecies (subsp. nigrum) in the moors of Rammu. In the 1980s, during a forestation campaign, pine trees were introduced onto the island, which was formerly practically treeless. The pines are depriving the local unique landscape and biodiversity, due to countless branches blocking sunlight and the needles acidifying the soil. ELF's volunteers have been cutting the pine trees since 2012, and in 2022, thanks to funding by EOCA, 1,33 ha of the crowberry moor was restored. 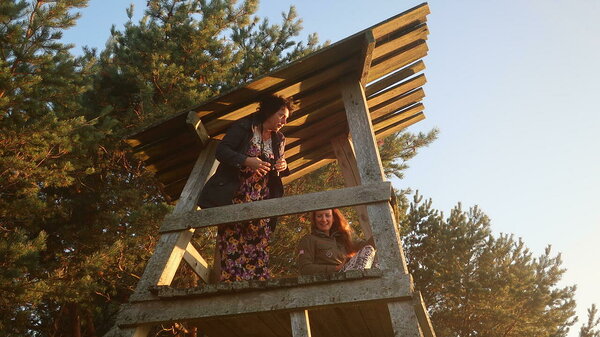 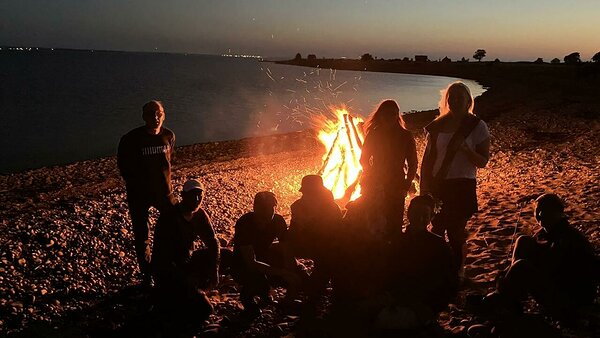 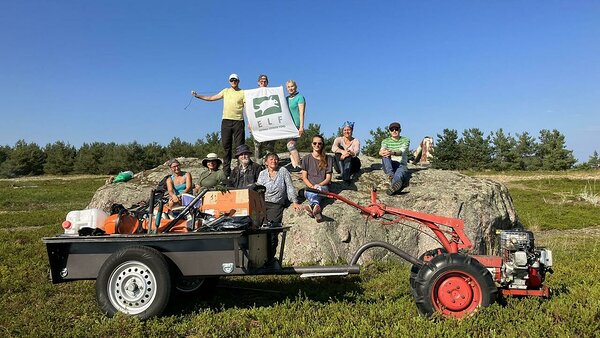 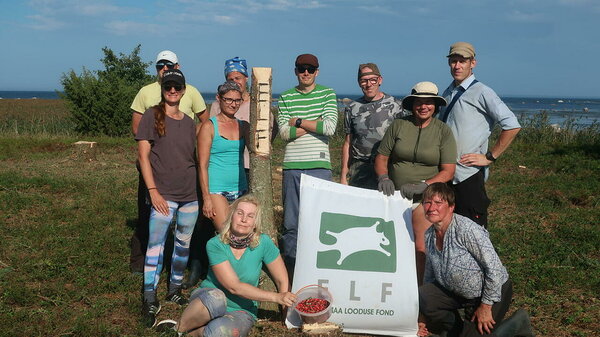 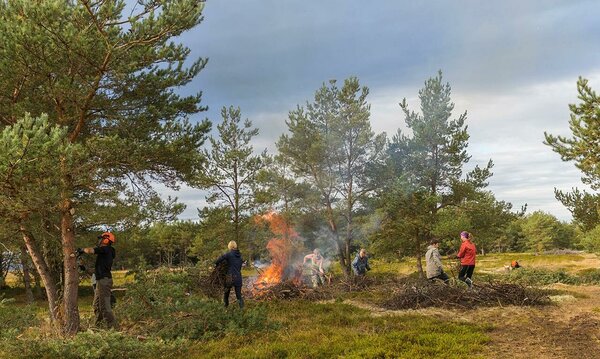 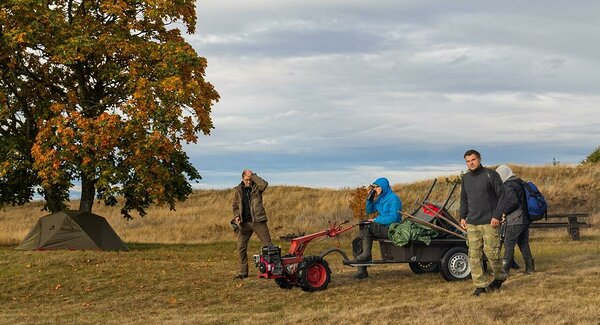 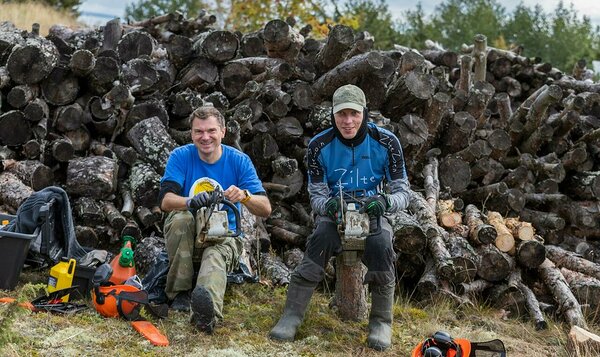 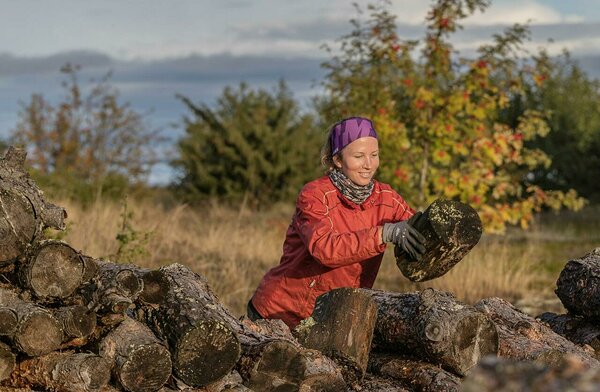 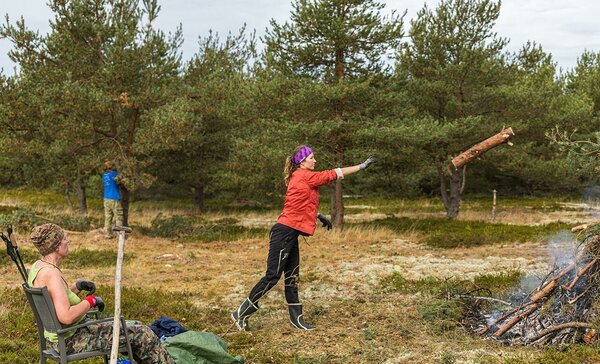 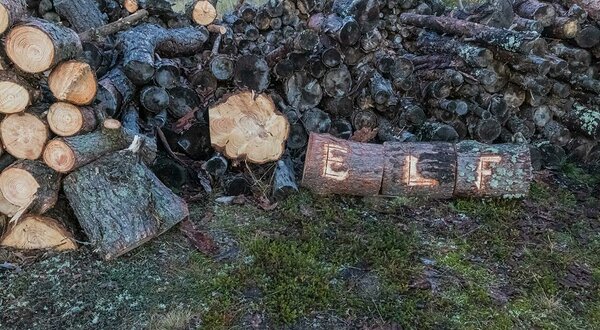 Restoring a coastal meadow on the island of Ruhnu

The west coast of the island of Ruhnu comprises partially overgrown coastal meadows, which are crucial for the baltic dunlin (Calidris alpina schinzii) and other waders, as well as numerous plant species. A local sheep farmer started grazing in the area in 2021. ELF's volunteers helped to clear 0,548 ha of the overgrown regions from brushwood, to improve the light conditions and restore the open landscape. The brushwood on coastal meadows poses a threat to botanical biodiversity and enables the predators (foxes, raccoon dogs, crows) to ambush the chicks of baltic dunlins. 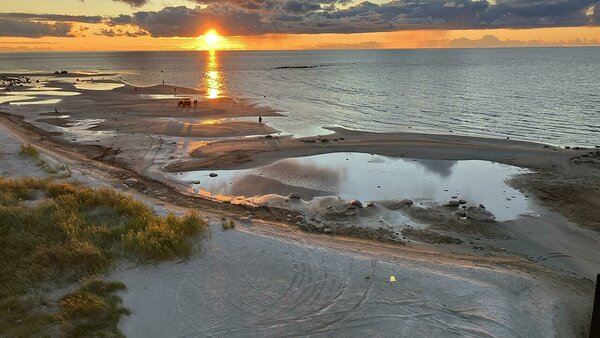 Restoring the feeding sites of the black stork

There are about 40-60 pairs of black storks (Ciconia nigra) nesting in Estonia and this number has fluctuated greatly since the middle of the 20th century. One of the causes behind this is deforestation, which affects the quality of small creeks. In other words, cutting down old and large trees enables the growth of brushwood, which makes the banks of small creeks inaccessible for a bird with such a large wingspan. Better access to the creek means that the storks can obtain more fish and thus raise more chicks to adulthood. ELF's volunteers, in collaboration with The Eagle Club (Kotkaklubi), have cleared almost 2 km of creekbanks in 3 sites during this project: Lusika (956 m), Visela (409 m), and Sutesoo (560 m) creeks. 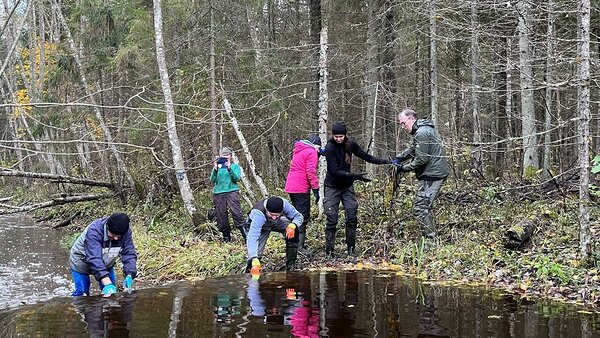 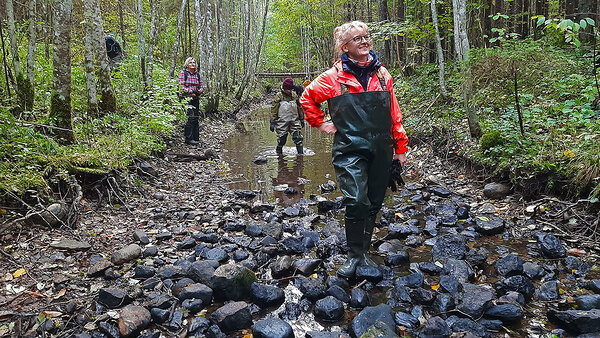 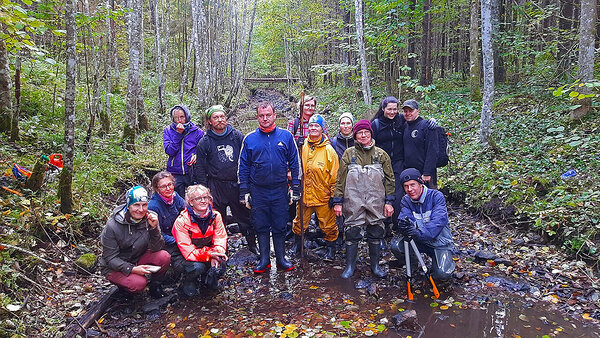 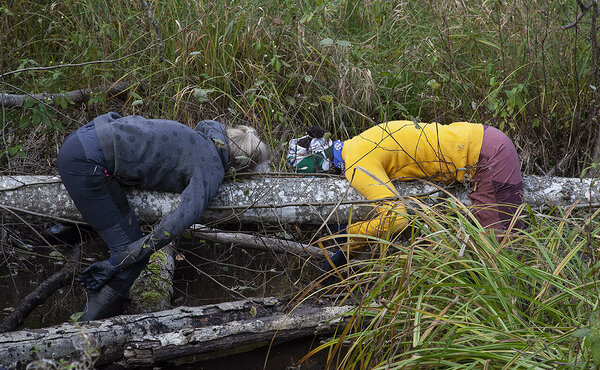 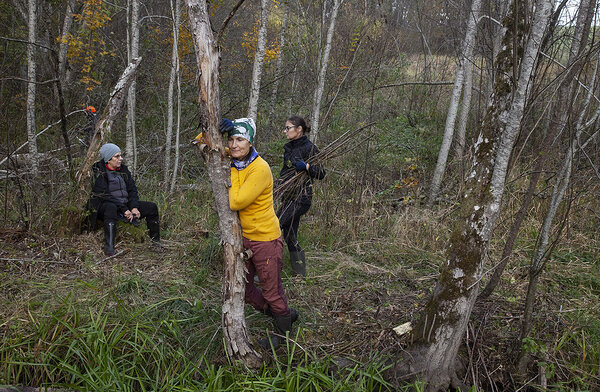 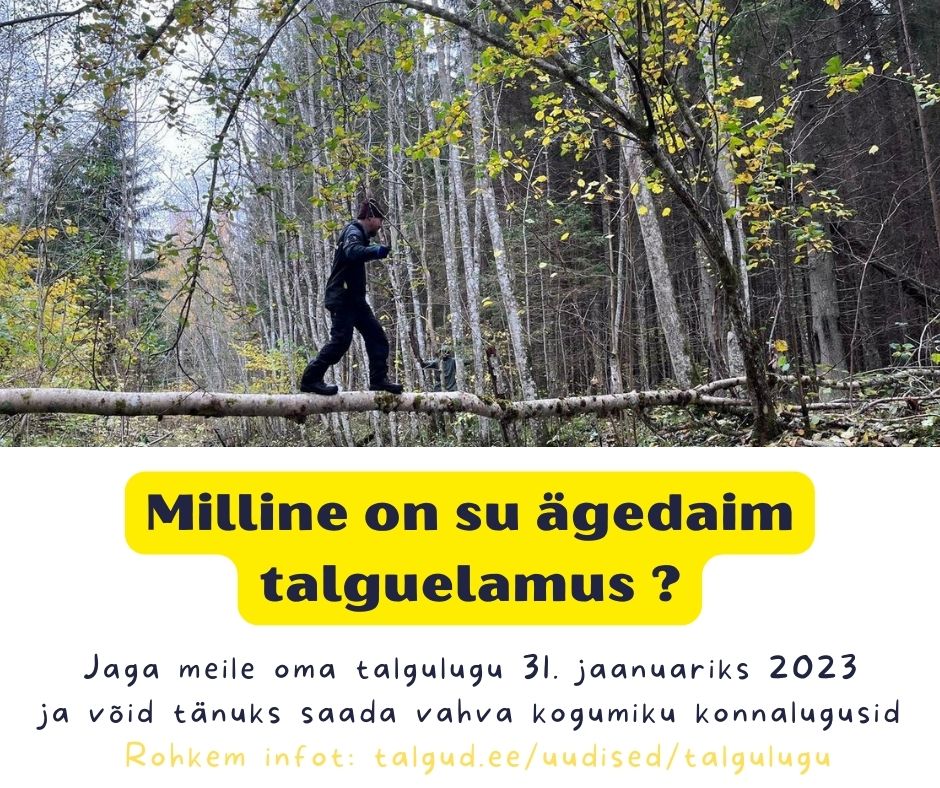 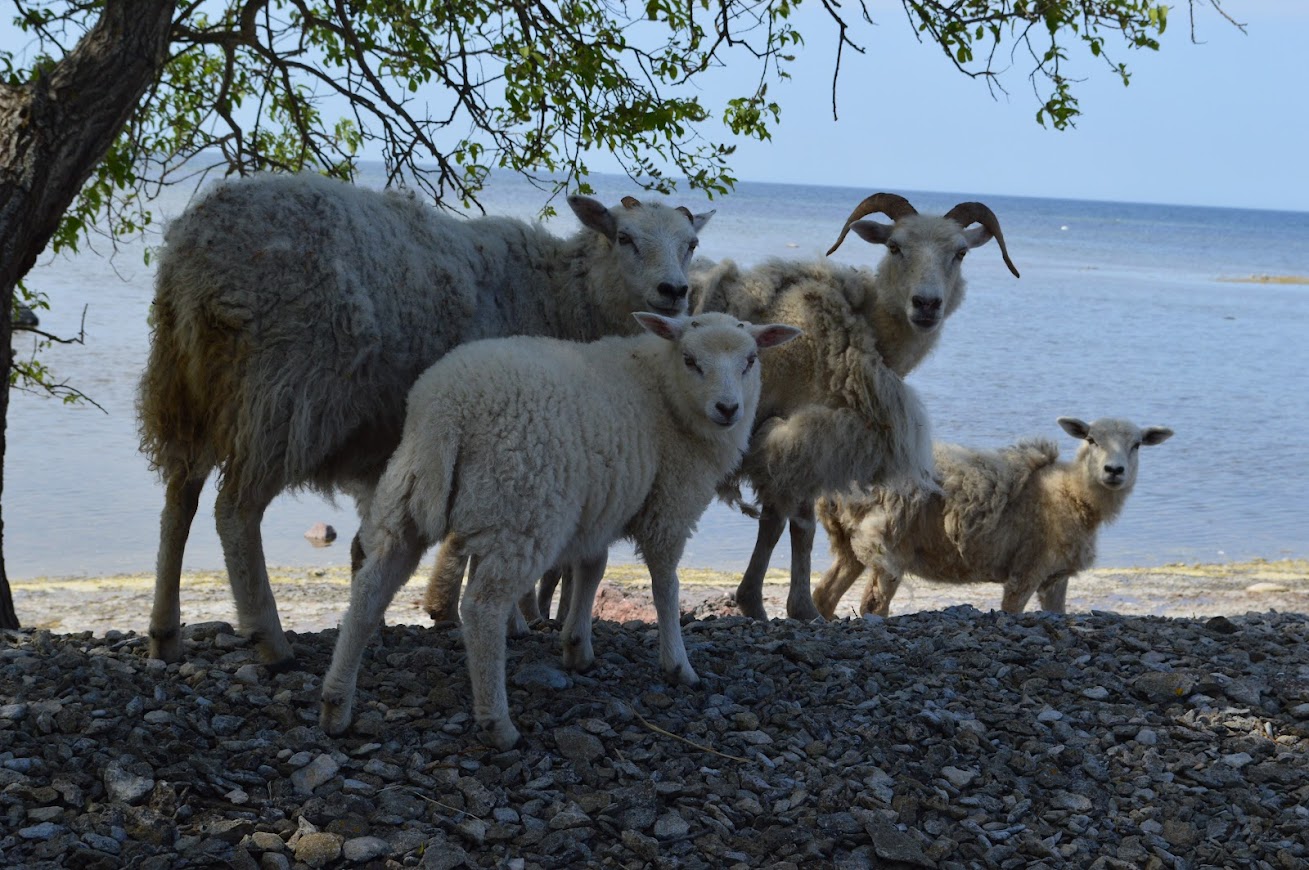 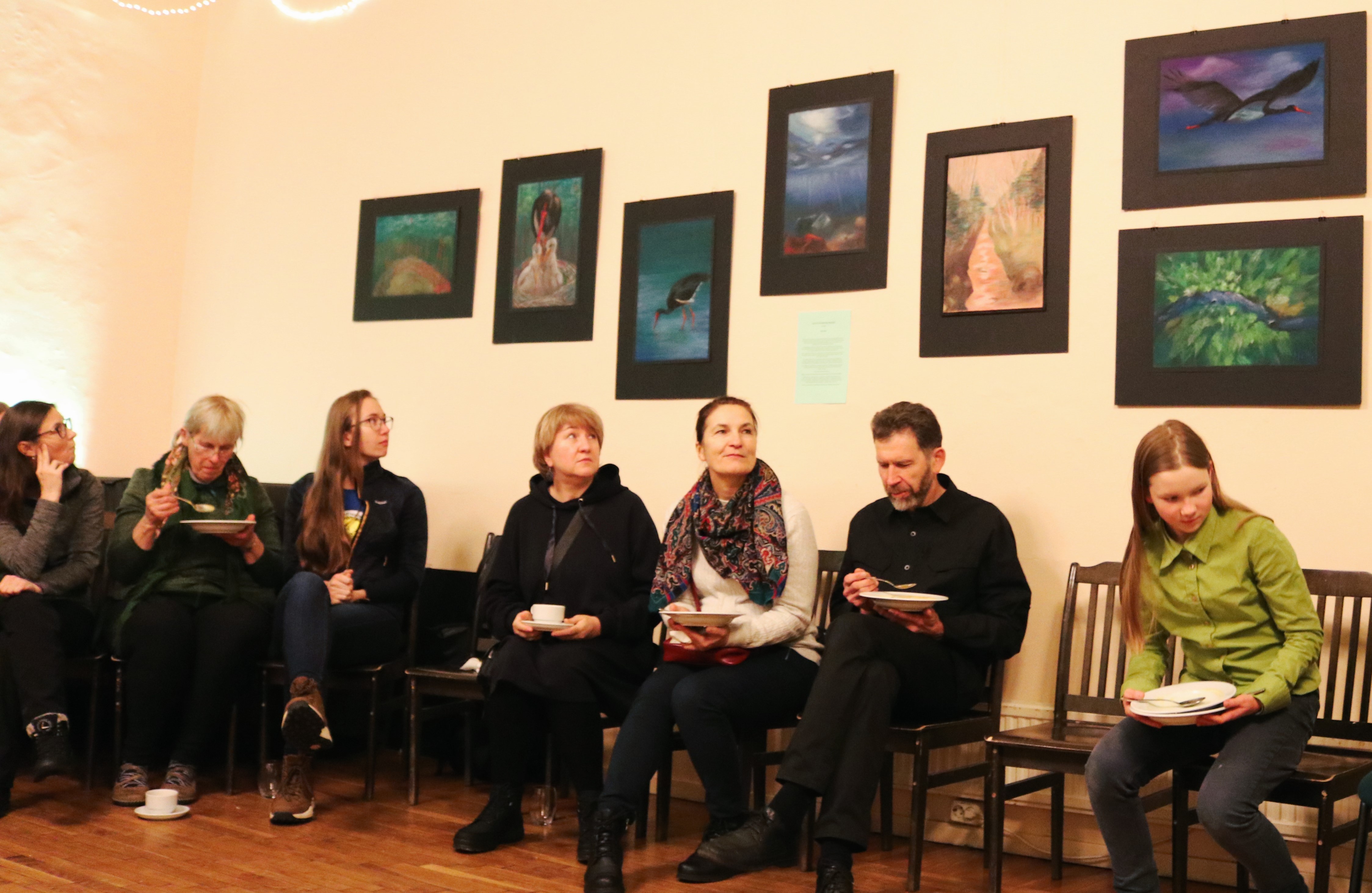 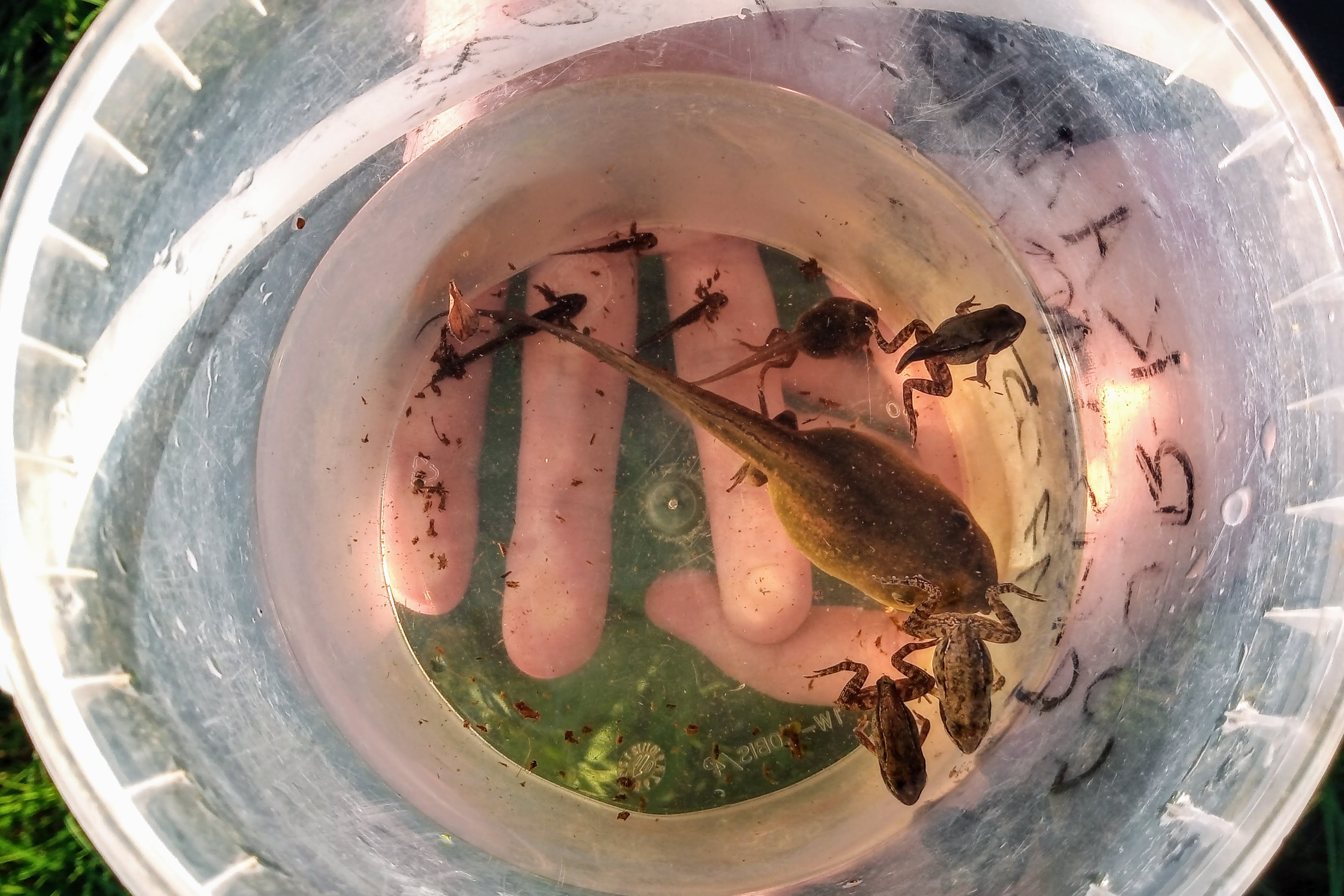